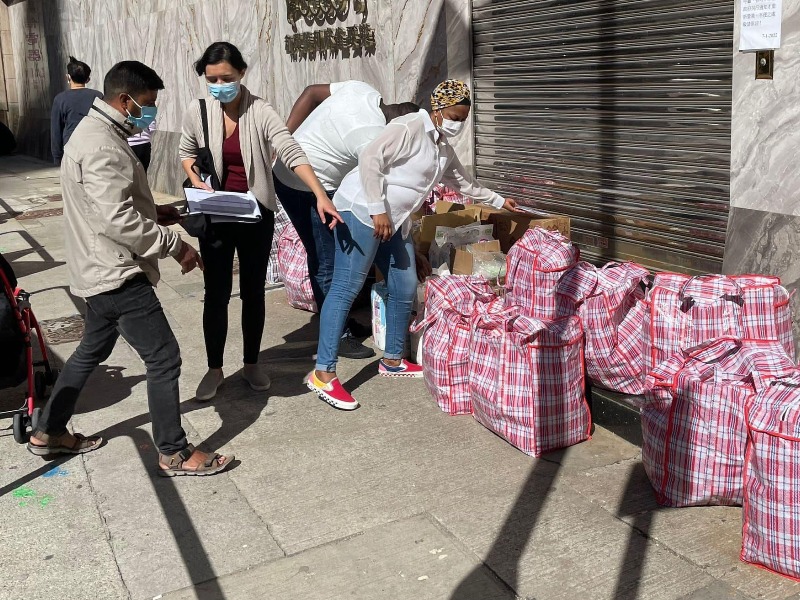 In disaster management, the framework of participatory capacities and vulnerabilities analysis (namely “PCVA”) has been widely adopted for needs assessment over the past three decades in different countries.  This lens was also referenced by ZeShan team to understand not only the impact of the ongoing 5th wave of COVID pandemic on vulnerable people but also the systemic drivers behind such impact.   These often touch upon issues related to social inclusion, public governance, health equity, equal access to public resources and even policy issues.

PCVA is rooted in two proven social development methodologies.  First, of course, it stems from the traditional tool of CVA which enables frontline workers to design and plan relief projects, based on capacities and vulnerabilities of a community.  It recognizes vulnerable people have capacities to cope with adversity and can take actions to improve and rebuild their lives, before, during and/or after a disaster.  Second, PCVA has originated from the belief that empowering communities to participate in program design, planning and/or management would lead to increased ownership, accountability, and impact.  This is therefore the best way to bring about recovery or even changes.

This framework indeed aligns very much with ZeShan’s core approach of community empowerment in all program planning.   We believe, in every community, people have resources and capacities, but often unnoticed and then under-utilized.  In the process of disaster relief and recovery, it is therefore very important to identify these resources and capacities, and then empower people at all levels, including the so-called victims.  This process is always a more sustainable way to help people help themselves and others, and rebuild their own life and community.

In the past three months, through this lens, we discussed with peer foundations, project partners and people in Hong Kong.  We have identified the pressing needs of the most vulnerable ones as well as some of their precious but unnoticed resources and capacities.   With more than 10 new relief grants, ZeShan has focused on those marginalized or excluded under the existing policy frameworks and mainstream service provision or subsidy schemes.  These include grassroots families, ethnic minorities, refugees and asylum seekers, small businesses and social enterprises struggling with unsold food stock and poor cashflows.   Designing each of our relief programs, we have tried hard to mobilize their own untapped labour and unused materials inside our hard-hit communities, with a view to preparing themselves better and stronger in the forthcoming process of economic recovery.

For a charitable foundation, we consider it not difficult to hand out materials to the needy.  We are therefore trying hard to be more forward looking.  At this current relief stage, whenever possible, a more empowering process was consciously designed and executed in our relief projects.  For we believe, this will be a more effective and sustainable way to help them rebuild their own communities at the next rehabilitation phase. 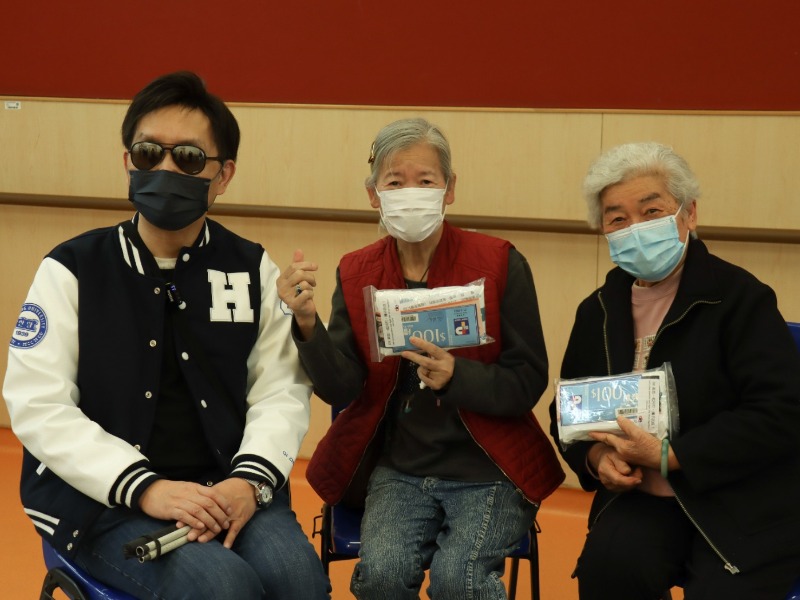 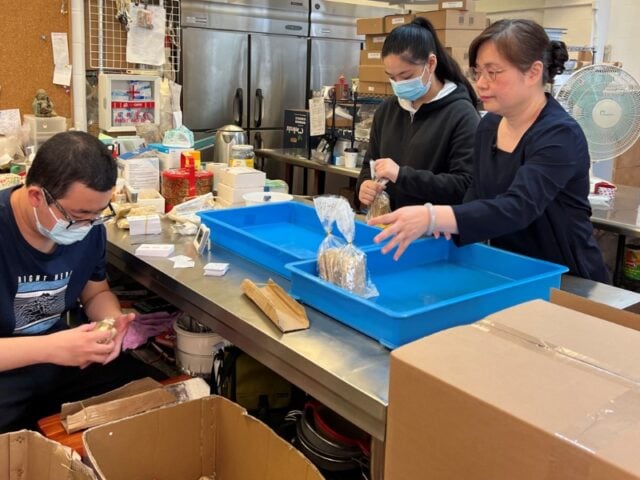 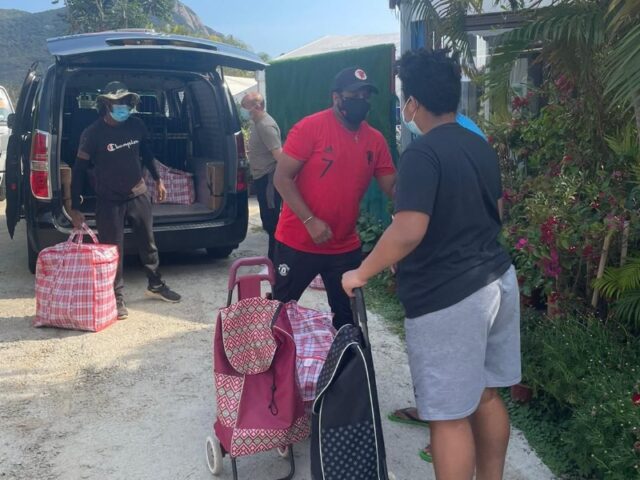 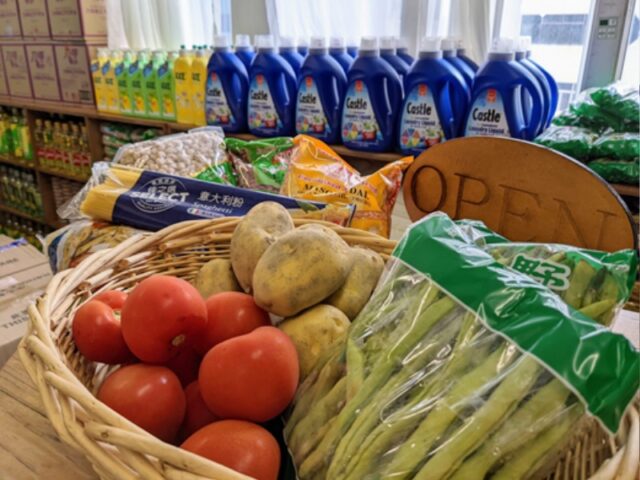 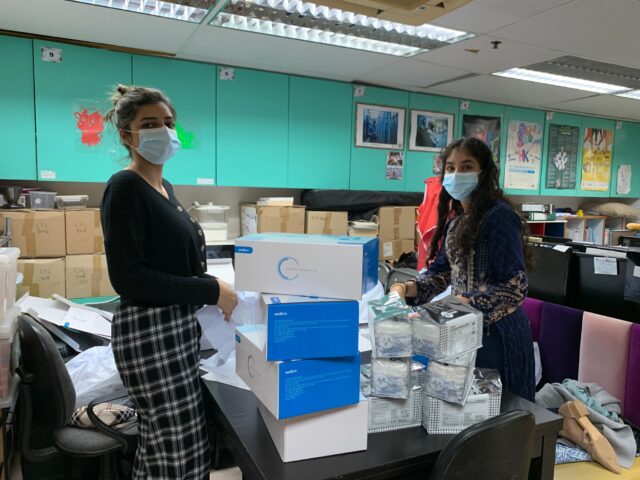 Staff visited cleaners’ workplaces to talk about the proper usage of PPE correctly and the use of Rapid Antigen Test (RAT) kits, etc.
(Health In Action) Early in the morning of 14 August 2021, a 7.2-magnitude earthquake rocked Haiti, causing hospitals, schools and homes to collapse, claiming over 2,200 lives and leaving communities in crisis. According to UNICEF, it has been estimated that about 1.2 million people, including 540,000 children, have been affected by the powerful earthquake.

The disaster caused damages in mainly the departments (or provinces) of Sud, Nippes and Grand’ Anse which were 125km away from the capital city of Haiti. There were severe damages to infrastructure, including shelters built from previous storms, buildings like hospitals, schools and churches, roads which were necessary for the community to carry out relief services and to recover. Several hospitals have been damaged or destroyed, while those still operating are overloaded, with a serious shortage of personnel and medical supplies to address growing health needs.

Social challenges emerged as gangs’ violent activities spread over the country urged the need to support on protection or security alongside the intervention like health, WASH (Water, Sanitation and Hygiene), shelter, food security, children protection and education to the damaged area.

Before this earthquake, Haiti was already the poorest country in the Western hemisphere; about 65% of its population live under the national poverty line. Political instability has hindered the economic and social development.

According to the latest Integrated Food Security Phase Classification (IPC) analysis, about 4.3 million people (44 percent of the population analyzed) were expected to be starving severely from September 2021 to February 2022. The worst situations were reported in Nord-Ouest, Centre (the Haut Plateau), Sud and Nippes, which are classified to be in IPC Phase 4 (Emergency). (Source: Food and Agriculture Organization of the United Nations. Dated 12 Nov 2021)

ZeShan therefore made a relief grant to support World Vision’s relief work to address the pressing needs of health and nutrition, child protection, water, sanitation and hygiene, as well as shelter. A deadly mix of conflict, COVID‐19, insect attack and persistent droughts have pushed more than 7 million people across six countries in East Africa to the very edge of starvation. According to UN reports, approximately 108,000 people there were under catastrophic famine‐conditions, a phase marked by critical acute malnutrition, starvation, destitution and death. This phase is understood in the humanitarian sector as the highest and most urgent Integrated Food Insecurity Phase Classification (IPC) of level 5. Additionally, almost 7.8 million people are exposed to emergency phase (IPC4), and if things worsen are one step away from famine. As many as 26 million are classified at “crisis level” (IPC3), where action is needed now to stop them sliding into emergency.

The region has endured substantial and widespread breeding of desert locusts since late 2019, resulting in loss of pasture and crops. Added to this, from June to December 2020, rising conflicts has exacerbated the food insecurity situation in the region. The Climate Prediction and Application Centre and the UN’s Food and Agriculture Organization have both made predictions of dry conditions and worsening food insecurity situation in 2021. Coupled with economic impact of COVID‐19, lockdowns continue to destroy livelihoods and push millions into desperation.

This challenging period could erode human and economic development gains that have been made towards the global Sustainable Development Goals across the region. The rising food insecurity also increases the risks faced by women and girls, including gender‐based violence and sexual exploitation and abuse.

In view of these pressing emergency needs, ZeShan Foundation made in the summer of 2021 three major emergency grants to support the ongoing famine-related relief operations in South Sudan and Ethiopia by three INGOs, namely Oxfam, World Vision and Medecins Sans Frontieres.  The relief efforts include provision of food relief, clean water and sanitation, emergency healthcare and protection of vulnerable groups, especially children and women. Hundreds of people in Shire’s University IDP site live in an unfinished building, where they sleep, cook and eat. Many don’t have mattresses or blankets. ©Claudia Blume/MSF It is one of the camp sites in Tigray region. Oxfam is providing life-saving aids, including food, water and hygiene kits to displaced people in Tigray since Jan 2021. ©Oxfam